In Autumn 1946 Charles “Lucky” Luciano in Naples, Italy due to an enforced deportation from the United States, received two passports with visas issue for Mexico, Cuba, and several other South American Nations. In October he set off for Caracas, Venezuela, Mexico City and finally Havana, where he was greeted by his friend Meyer Lansky upon arrival.

Luciano immediately set to work to organise a conference for the week of 22nd December that would bring together La Cosa Nostra, consisting of some of the most prominent mafia leaders in America from New York and New Jersey, Chicago, Buffal, New Orleans and Tampa, and the Jewish Syndicate. After purchasing a $150,000 interest in the Hotel Nacional, a casino and hotel owned by Lansky and his partner, Cuban President Fulgencio Batista y Zaldivar, the Havana Conference was set.

The Havana Conference kicked off with a gala dinner hosted by Lansky, Frank Costello and Joe Adonis, where Luciano was welcome back with a gift of $200,000 and a performance by Frank Sinatra. The conference then went on to hash out the pressing matter of leadership and authority of the New York mafia, of which Luciano, backed by Frank Costello and Albert “The Mad Hatter” Anastasia took the position of “capo di tutti capi” or “boss of all bosses” within the Cosa Nostra. 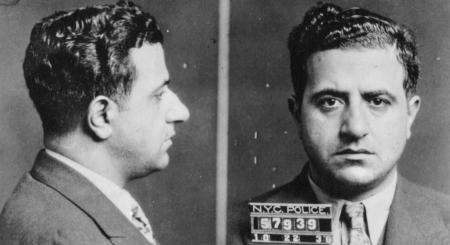 The Cosa Nostra feared if they did not act to take control of the narcotics trade other criminal organisations would, diminishing Cosa Nostra’s power and influence. With Luciano’s deportation to Italy, where heroin production was legal, he had the opportunity to make connections with some of Sicily’s biggest Mafia bosses, Don Calogero “Calo” Vizzini of Villalba who had the greatest political connections of all of the Sicilian bosses and Don Pasquale Ania, who had connections throughout a network of pharmaceutical companies.

By the late 1950’s the Sicilians and Americans organized a La Cosa Nostra narcotics operation that would eventually grow into one of the largest global narcotics operation ever; known as the Pizza Connection, cemented between the two mafia organizations at the infamous mafia summit held at the Grand Hotel des Palmes in Palermo, Sicily in October, 1957.

The American Mafia’s longtime association with the government of Cuba concerning gambling interests and casinos and actual legitimate business investments on the Caribbean island put them in a position to use their political and underworld connections to make Cuba one of their narcotics smuggling points where the drugs could be stored and then placed on sea vessels before they continued on to Canada and United States.

During the Havana Conference, Luciano detailed the proposed drugs network to the bosses. After arriving in Cuba from North Africa, the mob would ship the narcotics to US ports that it controlled, primarily New York City, New Orleans, and Tampa. The Havana Convention delegates voted to approve the plan. 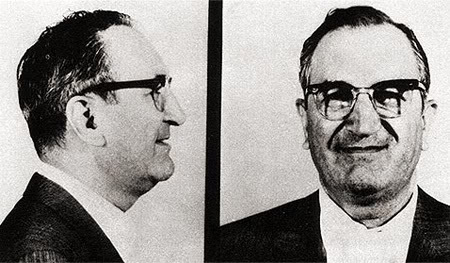 The Luciano narcotics empire continued to grow and prosper with the help of many of the Havana Conference delegates. One of the architects of the American heroin network and a partner of Luciano, Joseph “Joe Bananas” Bonanno, who along with the assistance of his cousin,Stefano “The Undertaker” Magaddino led the American mafia’s expansion into Canada. Bonanno’s and Magaddino’s crime families in New York and Buffalo opened up Montreal and Toronto in the 1950s.

However as satellite groups or individual operations connected with the famous “French Connection”, which smuggled heroin from Turkey to France and then on to the United States via Canada, they grew into their own powerful crime families and control massive narcotics distribution networks that still operate even today. 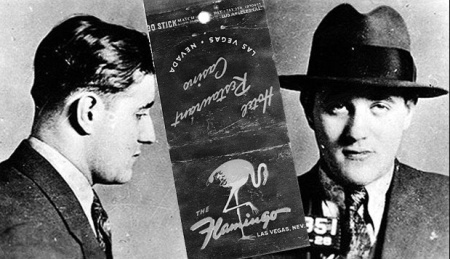 The West Coast operations of Bugsy Siegel who was overseeing the construction of the Flamingo casino and hotel in Las Vegas had become a real topic of contention amongst the delegates present at the Havana Conference, many of whom were investors in the project after Siegel had convinced Meyer Lansky to sell the New York and Chicago bosses on the project, which was the creation of Billy Wilkerson, a Hollywood nightclub owner and one of the founders of The Hollywood Reporter. Siegel promised the bosses that the hotel and casino would be a smart and profitable investment.

However, the Flamingo project was beleaguered by problems. Impacted by the rising cost of materials and labor from the post war building boom, costs spiralled from the estimated $1.5 million to eventually reach $6 million. To make matters worse, the bosses suspected Siegel and girlfriend Virginia Hill, whom Siegel had made Project Overseer, of stealing project money. Lansky and the bosses had discovered that Hill was taking frequent trips to Switzerland and depositing money in a bank account, leading to suspicions that Siegel was embezzling money in order to flee the country if the Flamingo failed. 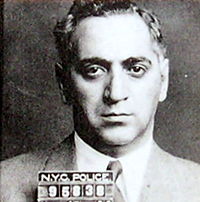 The decision to execute Siegel was made, the assignation being conscripted to Lucchese family hitman, John “Frankie” Carbo; however, at the last moment Siegel was granted a reprieve thanks to Lansky convincing the delegates to see how the Flamingo did on its opening scheduled for 26th December. The Flamingo flopped and the enraged delegates demanded Siegel’s sentence to be carried out; however, again at the insistence of Lansky, Siegel was granted more time to turn the project around and produce a profit for the investors. After another brief period of construction, the Flamingo again reopened to make a small profit, but by this time the Mafia investors had lost patience for Siegel, and on 20th June, 1947, his execution was carried out.

When I first went to sample The Dark Heart of Old Havana I accidentally spilled half the contents of the vial of perfume all over my hands. What a happy accident this turned out to be! The experience was utterly sensational. I was immediately assailed by this lush, decadent fragrance, and the satisfaction I felt was immense. 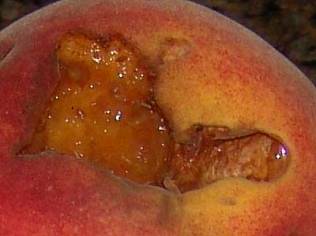 4160 Tuesdays’ Dark Heart of Old Havana opens with a pinch of fruit. The digging of nails into the flesh of fruit left to languish all day in the tropical heat. Juices roll down the fingers, leaving their delicate fragrant trace on the skin as they evaporate in the heat. The fleeting trail of this fruit accord effervesces off into the atmosphere to be underscored by a rich, burnt sugar and slow moving caramel note that unfurls throughout the fragrance that meanders through the perfume with a slow paced heat until it ushers in a grown up carnality with a rich, feral vanilla aspect.

I find The Dark Heart of Old Havana an adult vanilla, tactfully blended with deep, resinous accents and a musky sophistication that purrs with a cognizant, sophisticated sex appeal. Furthermore, much like Old Havana itself, Ms McCarthy’s interpretation in her considered perfume portrayal has a dirty secret. Beneath the layers of intoxicating vanillic refinement there is a subtle mumbling, be it a warning, a promise, or a combination of the two. There is an edge to The Dark Heart of Old Havana that I find absolutely intoxicating.

I find the experience of wearing The Dark Heart of Old Havana very much like the experience of spilling it all over my hands. It leaves me no choice but to be utterly seduced by it. Its fragrance rushing through my senses round me like the feeling of liquor coursing through the body with a heat, a swooning somnolence that leaves only the option to acquiesce, to surrender. 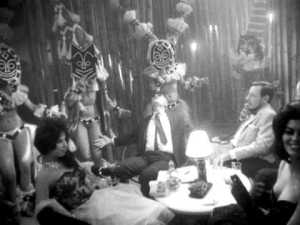 4160 Tuesdays’ depiction ofThe Dark Heart of Old Havana conjures so many images in my mind: hanging out in low ceilinged, basement bars, the air is heavy with cigarette smoke and heat generated off of bodies packed on to a dance floor where couples rhumba and dance the traditional Cuban “Shoeing the Mare”. Women, clad in tropical print dresses and Terry de Havilland platform wedge sandals, drape themselves over dubiously dapper men greeting their suggestively acquired, cash-wrapped hotel keys with an arched eyebrow and a smirk. 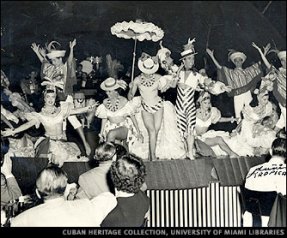 The Dark Heart of Old Havana for me represents a time in the history of this city, infamous with its reputation for vice, rife with corruption, in the malignant grasp of the mafia. Much like that fruit accord which introduces the opening of the perfume, This is Old Havana at its ripest, most decadent, but also just on the cusp of slow decomposition as the impending revolution approaches in 1959. The Dark Heart of Old Havana is an enthralling exploration of this epoch captured in a remarkable perfumed tableaux.

Whilst researching material and photos for this piece, I came across some that were just too great not to share.  Particularly those by photographer Nina Leen and those that I came across in an article published in 1950 entitled Sin With a Rhumba Beat.  I have included these in the below gallery for your viewing pleasure: 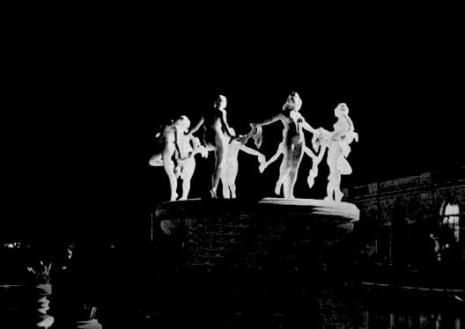 “Symbolic of the frivolous debauchery that runs rampant in Cuba, the famous dancing nymphs cavort with abandon before the town’s biggest gambling house.” 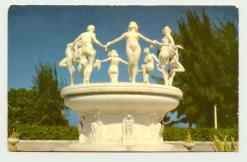 The Casino Nacional’s fountain by day

“But, to most tourists, Havana is the home of the “hot” rhumba. In almost every cellar dive, there is a native dance team that will perform authentic, lewd routines, such as “shoeing the mare,” shown above.” 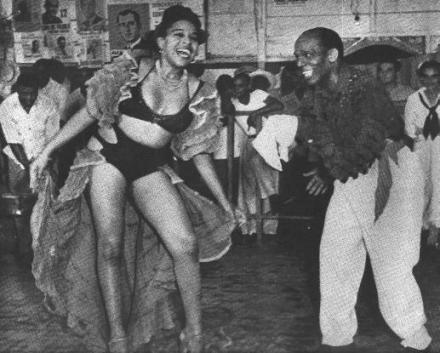 “Romance is always for sale in Havana’s thousand cafes. B-girls operate with no fear of police.” 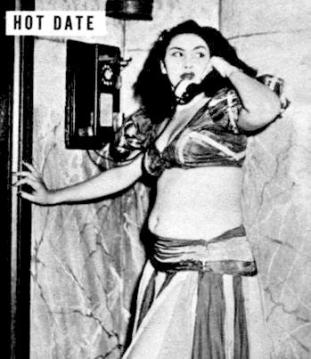 “In addition to the B-girls, any number of shady ladies are no more than a telephone away.” 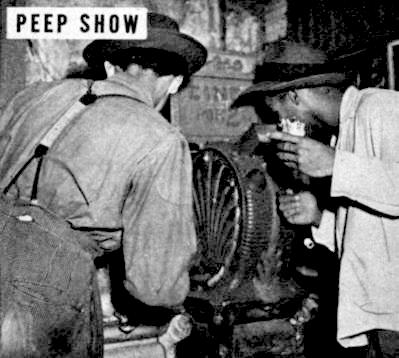 “Cuba has a new switch on the old penny arcade: “peep shows” that plainly peddle pornography.” 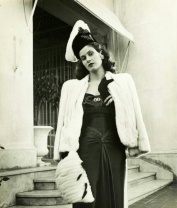 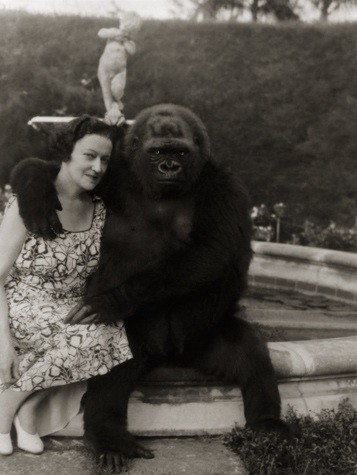 Mrs. E. Kenneth Hoyt, of havana, cuba, acquired the gorilla in 1932 when he was three months old. (National Geographic, 1940) 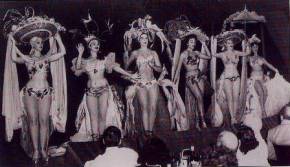 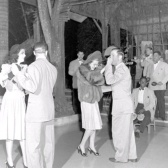