As far as perfume launches go, Lankaran Forest took things to the next level and then some.  The release of the Maria Candida Gentile creation coincided with the closing of the Buta Festival, a five month long programme of Azerbaijani arts and cultural events at venues across London, and the celebration of the Persian New Year, Nowruz.  The March event, held at the Royal Academy, had lots of free flowing champagne, buffet tables decorated with a Dionysian display of spices and sweets, and even the odd celebrity or two.

However, the highlight of the event was the Francisco Rodriguez Weil designed Lankaran Forest sensory installation. This immersive experience allowed guests to wander through a “perfume sculpture” snapshot of tangled trees and fallen leaves, the fragrance of Lankaran Forest diffused throughout the space.

I was very fortunate to have the opportunity to speak with Maria Candida Gentile about the perfume she created for the event.

How did you come to be involved with developing the Lankaran Forest perfume for the Buta Festival?

The project started from an idea of Mr Nasib Piriyev, (Creative Director of the Buta Festival) who wanted to have a bespoke fragrance created for the Buta Art Festival, representing the sensation of Azerbaijan. We met in Italy and talked about it. We immediately understood one another, and this was the key for a great result. I know that my client liked my model of work, with an open mind to find the right inspiration for my creation.

Mr Piriyev and his family have a true interest in art and they surely liked some of my works, such as “Per l’Eternità”, an olfactory project created with the Italian artist Luca Vitone, presented at the Biennale di Venezia in 2013, and “Imperium”, an olfactory sculpture exposed at the Neuer Berliner Kunstverein Museum in Berlin last September 2014.

Why the Lankaran Forest was chosen as the subject of the perfume for the Buta Festival?

My meeting with Mr Piriyev was somehow magic at the very first stage; during our conversation he managed to transmit to me his deep love for his country and specifically about the Lankaran region and its forest. I am myself very fond of the natural environment and the story he told me about the forest impressed me deeply: this is why we together chose the Lankaran Forest as the theme for the closing event of the Buta Festival.

The forest became a “perfume sculpture” with the lights, sounds and scent that the guests could explore. 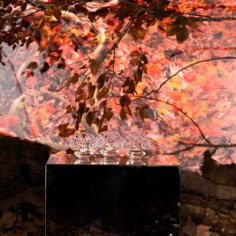 What were your impressions of the forest during your visit to Azerbaijan? Had you been there before? How long did you spend there carrying out research for the fragrance?

I got quite a fast inspiration visiting the Forest and its iron trees: it was an experience difficult to explain with words: I felt as if I was detached from the world, in a surreal dimension. I felt a magic sensation all at once. I actually spent just two days in Lankaran.

When I left the forest I stopped among the fields around it, to smell the nice flavour of the tangerine and orange plantations, which reminded me of a similar a landscape of orange trees in Sicily; I also visited the large tea plantation with the world famous Lankaran Black Tea, also known for being regularly sent to the Court of the Czars in Moscow.

What were your impressions of the country of Azerbaijan itself, its people and its culture?

Azerbaijan is an amazing country, with a great culture, always linked to a typical music or food, craftsmanship; it has an extraordinary natural landscape, from the Caspian Sea to the mountains. Art and culture are both very strong in its traditions. 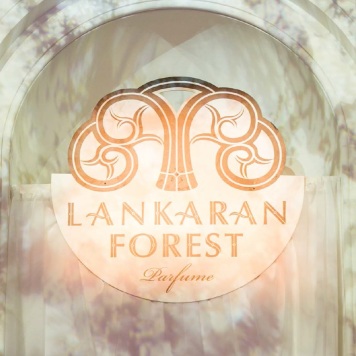 What was most important for you to convey in the Lankaran Forest fragrance, and what was your process for trying to capture the essence of the forest in a perfume?

When I visit a place to which I am requested to dedicate a fragrance, I write down all my sensations and all my emotions in my note pad. Later on, when back in my laboratory, I write down the formula of the fragrance, translating into a perfume the emotions that I felt, and creating something really special and really tailor made.

In this case the most important task I had was to transmit through my perfume the magic atmosphere of the forest, with its power and its energy.

I started by using the olfactory notes that I smelt during the first part of my walk in the forest, citrus. Later I added the Lankaran tea leaves, with their white flowers, extremely scented, and finally I recreated the olfactory sensations that I felt during the walk in the forest: wood, leaves, musk, spicy flavors: this fragrance is really unique, being inspired by a unique place.

Personally, from my experience in wearing Lankaran Forest, I’ve really come to appreciate Ms Gentile’s interpretation of her visit there. Instead of focusing her creation on typical woods and aromatic notes one might associate with forest themed perfumes, she instead crafts Lankaran Forest as a voyage of color, spices, and atmosphere.  The fragrance opens with bright, zesty citrus notes – super juicy, temptingly sweet as they lead you through the early development of the fragrance which now lays a carpet of cloves and spices at your feet.

This is where things get interesting. I found this melange of spices to be the linear character of the perfume; however, in the tale Ms Gentile tells through Lankaran Forest, she weaves other players throughout this accord of spices to convey what she experienced during her visit there.

Lankaran Forest then takes on a feel that I can only describe as Autumn Leaves, and I feel that it is in this stage of the perfume where Ms Gentile’s experience with her craft really shines. The fragrance takes on a crisp, dry feeling. She’s captured the scent of Autumn air mixing with the crunch of fallen leaves.

The fragrant narrative continues as delicate notes of tea and flower petals come to intermingle with the spice notes, lending the scent a smooth, gentle balance before delving into the heart of Lankaran Forest. A contemplative incense based accord now joins the story; bringing with it a mellow, transportative feel of stillness and light. 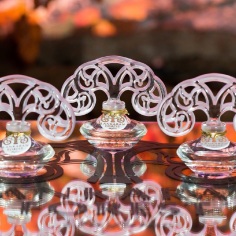 A special limited edition Lalique designed flacon was commissioned for Lankaran Forest Parfume. The stopper is an intricate Art Nouveau style tree design, made from clear and frosted glass designed to conjure up the interwoven look of the Lankaran Forest’s Iron trees.

Lankaran Forest is available to purchase on request through Showcase in London for £1,000. Contact Danielle Bowler to enquire.

An Eau de Toilette concentration of Lankaran Forest is also in development which will retail for £80.00. 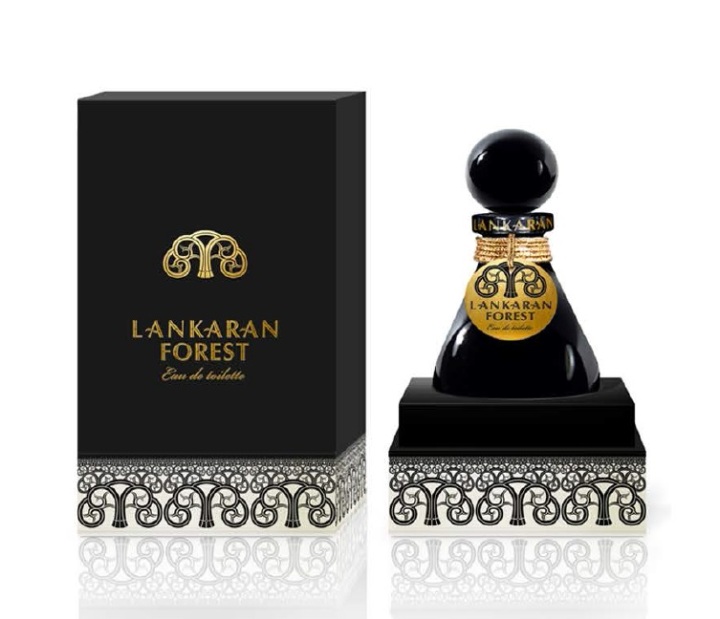 Samples of the fragrance are available from Maria Candida Gentile.

4 thoughts on “Getting Lost in Lankaran | Lankaran Forest Parfume, Maria Candida Gentile for the Buta Festival”