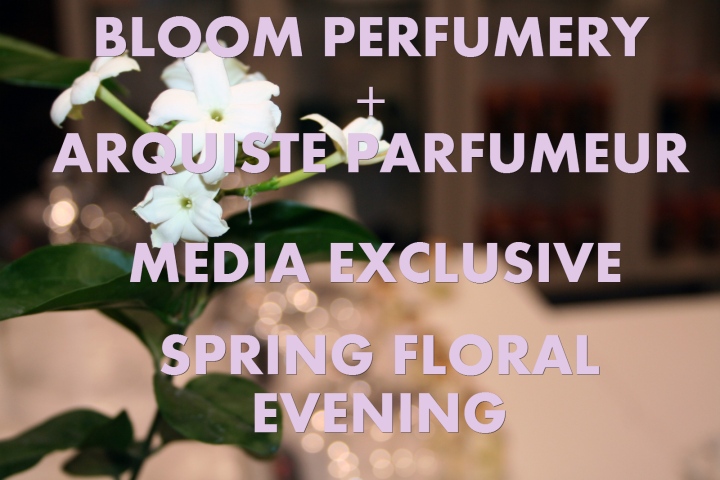 On Wednesday 6th May, I was invited to a very special afternoon at Bloom Perfumery’s new space in Covent Garden where Carlos Huber, Creative Director of Arquiste Parfumeur, spoke to The Perfume Society’s Josephine Fairley, Amanda Carr from The Women’s Room, and myself about the four floral fragrances in the Arquiste collection.

I’ll get into that and all things Arquiste, including what we can expect in Fall 2015, in a minute though. There’s something I need to get off my chest first.

Carlos Huber is a good egg.

Not only is he such a likable guy, but the way he speaks about his collection at Arquiste is really inspiring. He has managed to combine his time spent growing up in Mexico City and years abroad, his past work is Historic Preservation, and a love of detail and research into a collection of scents that expertly ties in characters, time, settings and atmosphere that reference the past in a way that is intelligent, modern and miles away from pastiche. Arquiste’s perfumes communicate not through the language of the overly-designed, via far-reaching, shot-in-the-dark ideals, but in meaningful, minor details assembled collage-like through a balanced combination of research and imagination fueled by Mr Huber’s own interest and passion for his work. 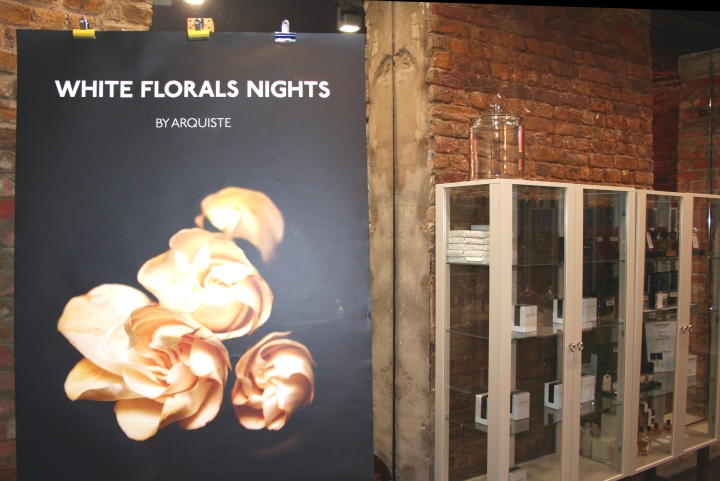 Our examination of house Arquiste’s floral perfumes introduced us to Fleur de Louis, Infanta en Flor, Flor y Canto, and Boutonniére No.7, all of which were developed in conjunction with Givaudan’s world renowned perfumers Yann Vasnier and Rodrigo Flores-Roux, who also acted as a mentor to Carlos while he was studying fragrance. The absolutes and essential oils specifically sourced and sustained by Givaudan for their complex and nuanced qualities were at times green, richly earthy, and almost three-dimensionally deep in their floral character, that, to be honest, could have stood alone as unique fragrances in their own right. 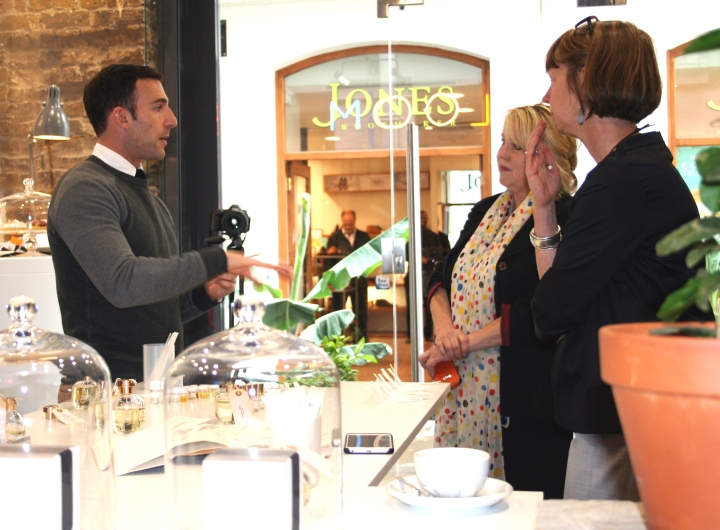 Fleur de Louis, the first perfume developed for Arquiste’s collection, which was released in October 2011, and Infanta en Flor are two perfume narratives that play out through the shared setting of the Isle of Pheasants in the Basque region of the French and Spanish border where a pavilion was constructed to initiate Maria Theresa, Infanta of Spain, to her new life in France as the bride of Louis XIV in June 1660. Historically, marriages amongst the upper echelons of European nobility were more or less dynastic arrangements to establish peace or to seal the deal on a mutually beneficial arrangement for both countries involved. When a new bride was brought into France, it was customary for her to essentially be stripped of her former country and “made French”.

Louis XIV was a great lover of orange blossom and as such, it would only be fitting that the olfactory representative of his bride in Arquiste’s narrative, Infanta en Flor, should be a perfume centered around this flower. In my experience of wearing Infanta en Flor, I found the fragrance to express itself with a touch of charming timidity. There is a purity to the orange blossom accord, which is barely made-up with a dusting of cosmetic powder and flush of Moroccan rose; however, there is also a quiet confidence to the blend that is captured through just the hint of suede and leather that lends a certain knowing feel to Infanta en Flor that keeps it from feeling too virginal. Infanta en Flor might come across as the good girl, but she is definitely a girl who knows the score as well.

Mr Huber described Fleur de Louis as his go-to perfume for when he wants to feel sophisticated and elegant, and it is a sentiment which I can subscribe to. Fleur de Louis is a rich Bulgarian rose underscored with a heavy dose of buttery Florentine iris that brings with it a deep, erudite feeling. Fleur de Louis features some heavy-hitting accords; however, they are diffused through a screen of woods that refines the fragrance, lending Fleur de Louis an urbane feeling that projects such a comfort-is-luxury vibe which is a real testament to the deft hands it was constructed with. 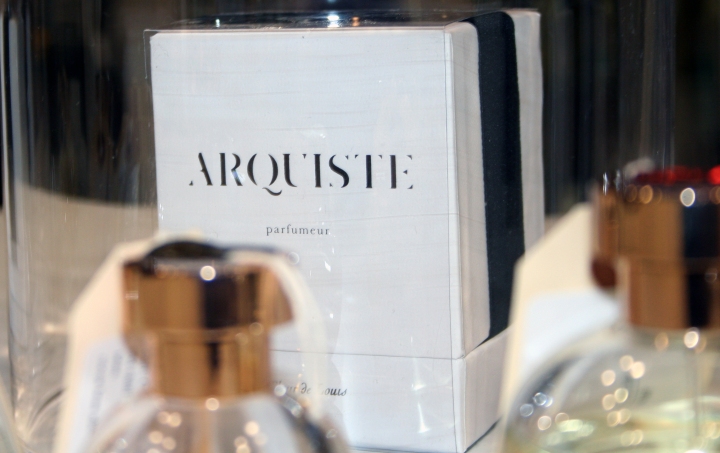 Flor y Canto is a Mexican tuberose perfume that opens like the slow-moving, breathy first verse of a Lana del Rey song. It pulsates with heat and flashes of flesh; shoulders and thighs unfold through wafts of frangipani and bitter facets of marigold to cast a siren spell that calls to mind hot, dewy skin languid on sandy beaches. But Flor y Canto is not the seductress or femme fatale. There is no ulterior motive to this perfume other than just to exist as it does conjuring the magic of the divine feminine.

Despite the obvious love I have for Flor y Canto, Boutoniérre No.7 is my favorite of the Arquiste florals. The 2013 Fragrance Foundation nominee for best Independent Fragrance makes a clever interpretation of gardenia by combining two contrasting types of gardenia accords, a traditional white floral gardenia / jasmine blend and another blended with an overdose of lemony citrus. This is combined together with a suave mixture of lavender and violet leaf that feels achingly cool and as punctuated with wit as the dialogue between Grace Kelly and Cary Grant in To Catch a Thief.

Other notable perfumes for me from Arquiste include L’Etrog, Aleksandr, and the fiery spiced, chocolate infused Anima Dulcis. What I’ve found in Arquiste are perfumes that form the foundation for a well-rounded fragrance wardrobe. While consideration is paid to fragrance families and genres, it is done in a way that avoids feeling like a box ticking exercise. The perfumes of Arquiste are unique in the sense that each has its own sense of individual character; however, the line as a whole, developed through Mr Huber’s architect’s eye for meaningful detail, feels relevant to our modern sensibilities and eloquently fluid.

In 2014, Arquiste developed two perfumes for J. Crew, No.31 and No.57, inspired by American heiress and art collector, Peggy Guggenheim’s 1943 Exhibition by 31 Women at her Art of This Century Gallery, which was the first show of its kind to devote gallery space exclusively to Modern female artists. No.31 and No.57, incorporate aspects of Else Schiaparelli’s famous Shocking (1937) and Sleeping (1938) respectively, both of which were immensely popular perfumes of the time.

Mr Huber also gave us a sneak peak into what we can expect to see from Arquiste later this year, which he will be unveiling at this year’s Pitti Fragranze exhibition taking place from 11th – 13th September. I can assure you, there are a few very exciting projects in development at the moment and lots to look forward to come Fall!

Arquiste is available to purchase at either Bloom Perfumery location on Hanbury Street in Spitalfields or Langley Court in Covent Garden. Full bottles and sample can be ordered through Bloom’s web site where shipping is available throughout the EU.

I would also like to send a special thank you to Bloom for the opportunity to meet with Mr Huber.