Today I had the absolute pleasure of taking in the Victorian Obsession exhibition at the stunning Leighton House Museum in Holland Park in London.  This exceptional exhibition featuring works by Albert Moore, Dante Gabriel Rossetti, Edward Burne-Jones, John Everett Millais, John William Waterhouse, Edward Poynter, John Strudwick, John William Godward culminates in a spectacular finale featuring Lawrence Alma-Tadema’s breathtaking The Roses of Heliogabalus showcased in a room where the scent of roses is diffused throughout.

I felt incredibly taken with the beauty of the portrayal of the scene playing out on the canvas juxtaposed against its very dark subject matter featuring people being drowned in rose petals.

Although photography is strictly forbidden throughout the museum, I could not resist sneaking just one little snap of this very moving piece… 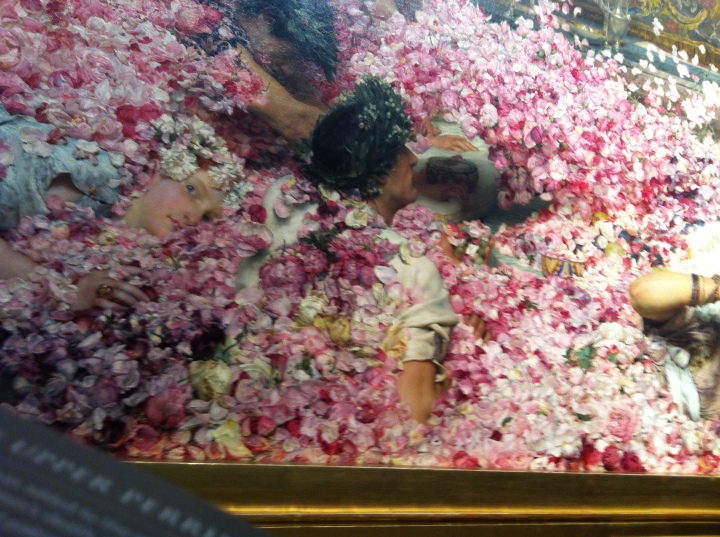 The Roses of Heliogalabus, Lawrence Alma-Tadema, 1888

A Victoria Obsession is available to view at Leighton House Museum until 29th March 2015.